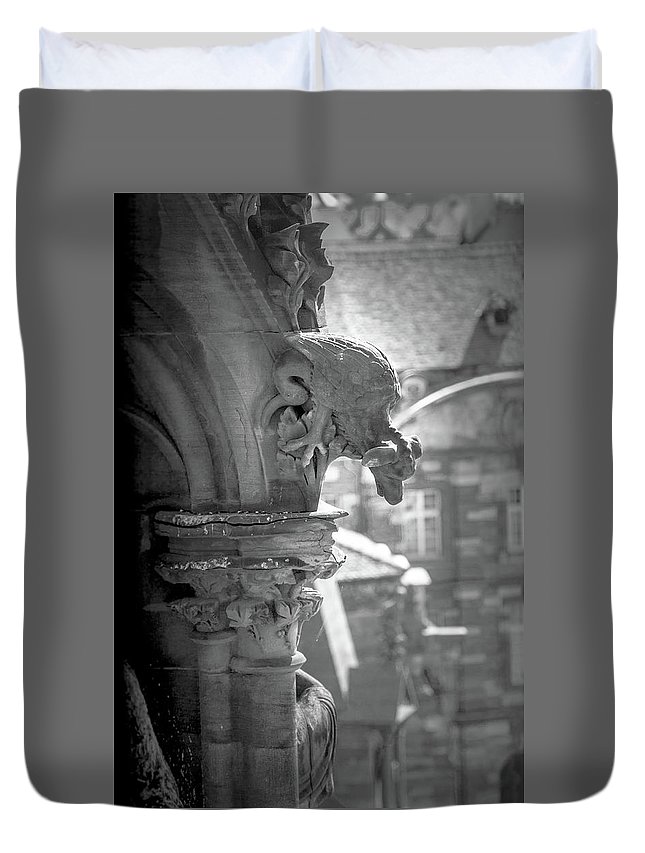 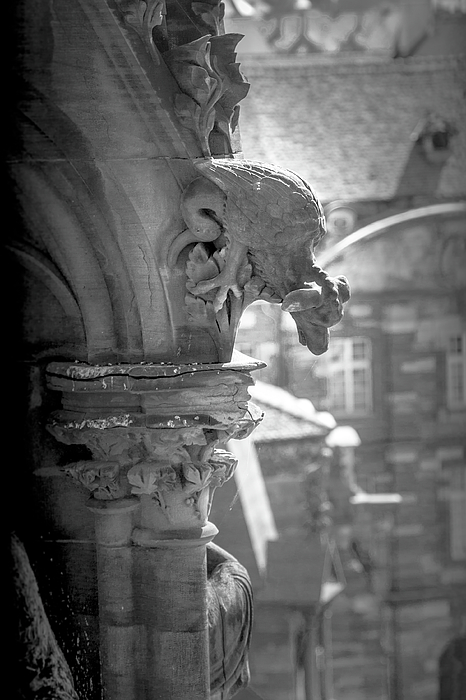 A Grotesque in Strasbourg - 1 Duvet Cover

Queen duvet cover (88" x 88") featuring the image "A Grotesque in Strasbourg - 1" by W Chris Fooshee. Our soft microfiber duvet covers are hand sewn and include a hidden zipper for easy washing and assembly. Your selected image is printed on the top surface with a soft white surface underneath. All duvet covers are machine washable with cold water and a mild detergent.

On the façade of Strasbourg’s Cathedral or Cathédrale Notre-Dame de Strasbourg, as on most Medieval cathedrals, many of the fantastic creatures... more

On the façade of Strasbourg’s Cathedral or Cathédrale Notre-Dame de Strasbourg, as on most Medieval cathedrals, many of the fantastic creatures perched on these buildings are not gargoyles at all. Rather, they're grotesques. A gargoyle is a grotesque that also acts as drain-spout. Grotesques are decorative elements of Gothic architecture that didn’t become popular until around the 13th century beginning in France, though earlier editions existed in different cultures for centuries.Though they differ in function, gargoyles and grotesques were intended to frighten and protect. Consequently, intimidating animals, exotic hybrids (called chimera), mythical creatures, and even unsettling humans were popular subjects across both types of sculpture—though some are more humorous than hair-raising. The gargoyles that adorned the ends of waterspouts on Gothic churches had the added function to move water away from the exterior walls.