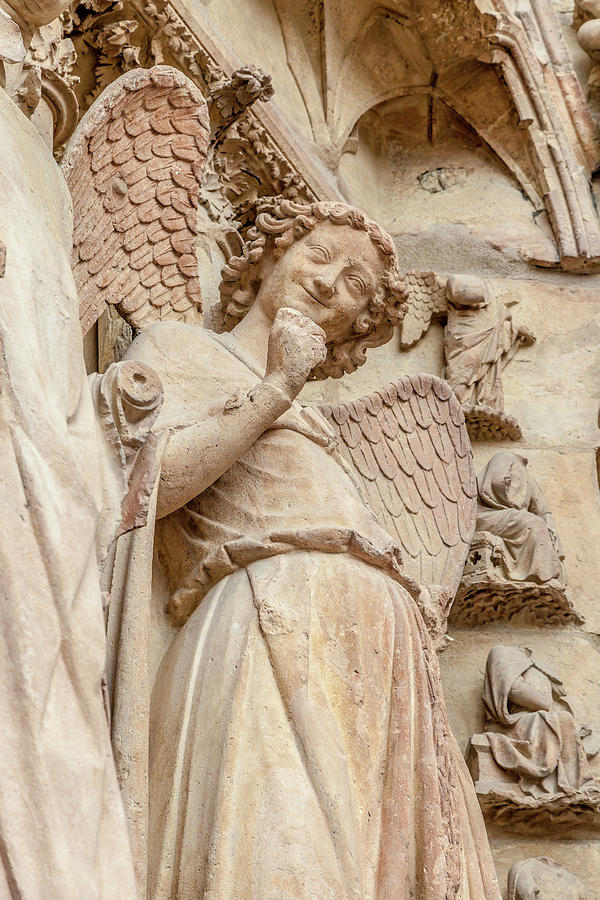 The Smile of Reims

The Smile of Reims

The Smiling Angel (L'Ange au Sourire), also known as the Smile of Reims (Le Sourire de Reims), is a stone sculpture of the cathedral of Reims, France was carved between 1236 and 1245. Located in the north portal of the west facade of the cathedral, the Smiling Angel is unusual, because normally angel sculptures of this genre don’t have facial impressions. She is believed to give hope, belief and the power of recovering to people with her smile.
During World War I, on 19 September 1914 a German shell hit the cathedral of Reims and following the fire, the Smiling Angel was beheaded, and after falling from a height of 4m (13ft)the head broke into several pieces. The head was collected by the abbot Thinot the day after the fire and stored.
After the war, the original fragments were molded and preserved in the Musée national des Monuments Français. The already famous sculpture was restored and put back in place 13 February 1926.