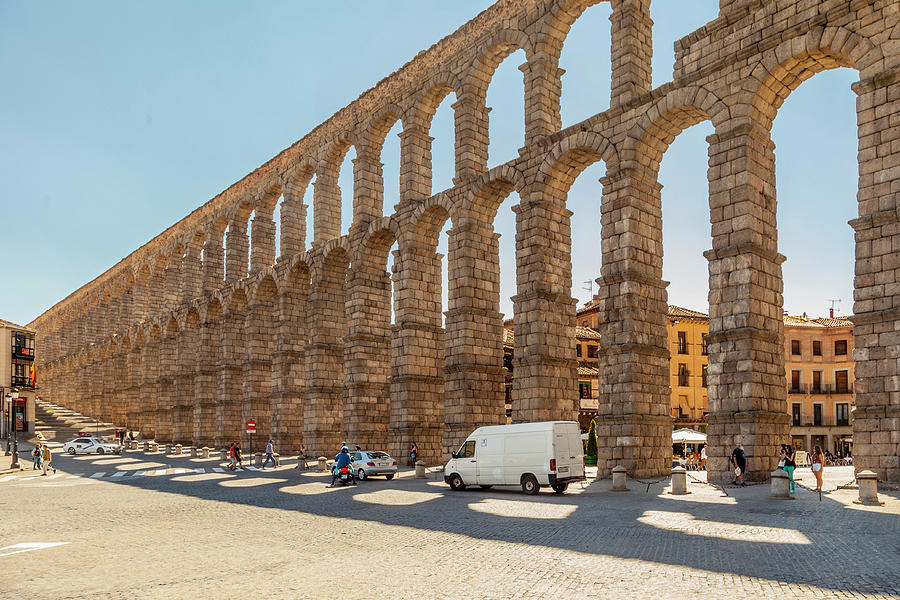 The Segovia Aqueduct is one of the largest and best preserved in the Roman empire, a testament to the skills of ancient Rome’s engineers. Located in Segovia, Spain, this system, built sometime in the first or second century, was designed to bring water approximately 15 kilometers (almost 10 miles) to the city.
The entire system is partially buried underground using the natural landscape to direct water flow. To reach Segovia, it had to cross a deep valley; there, Roman engineers built the Aqueduct of Segovia — a two-tiered set of arches and channels with foundations 6 meters (about 20 feet) deep.
Of the few Roman aqueduct still standing, Segovia’s is not only remarkably well-preserved, it continued to supply water to the city from the Frio River well into the 20th century.
Almost a kilometer (2,950 ft.) long and at its highest point almost 30-meter (nearly 100 feet), the aqueduct bridge is made up of 167 arches supported by pillars. Its colossal granite blocks are joined without use of mortar or clamps.