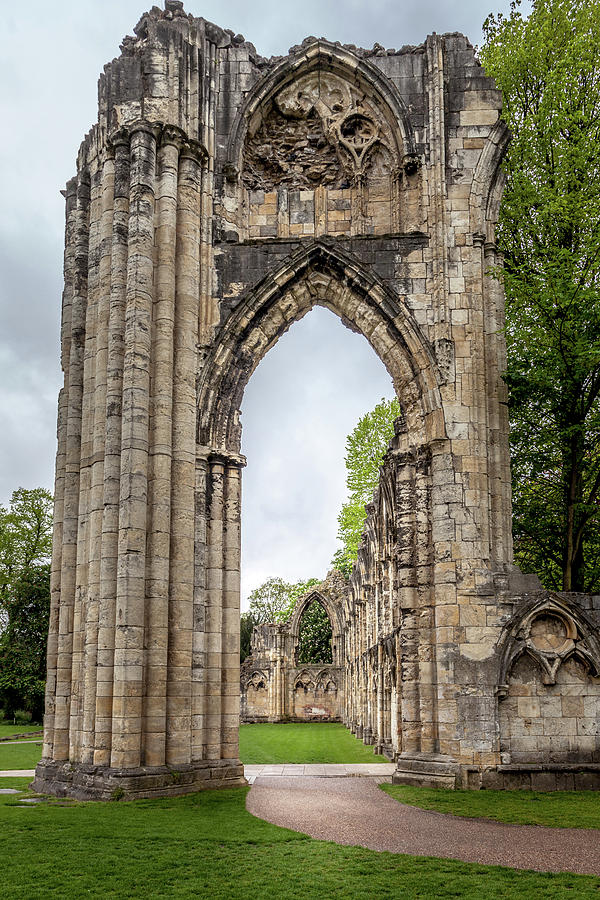 St. Mary's Abbey was once the largest and richest Benedictine establishment in the north of England. The abbey’s economic power and privileges brought benefits to the city but were also a source of conflict, as its monks provided charity but were sometimes scorned for their decadent lifestyles.
The abbey’s location was originally home to an Anglo-Saxon church, built in 1055 and dedicated to St Olave. In 1088 it was given to a certain Abbot Stephen and rededicated as St Mary’s. At this same time William II gave the abbey significantly more land, and it was rebuilt to be larger and in Romanesque style, just like the nearby minster.
The abbey featured heavily in the early medieval ballads of Robin Hood, with the abbot usually as Robin Hood's nemesis.
After the abbey fell victim to Henry VIII’s dissolution of the monasteries 1539. Its riches were confiscated and the building taken part, then left to collapse. The ruins of the church today still give a sense of its scale and grandeur.

Congratulations on your feature in the Fine Art America Group "Images That Excite You!" Sharing on Twitter.