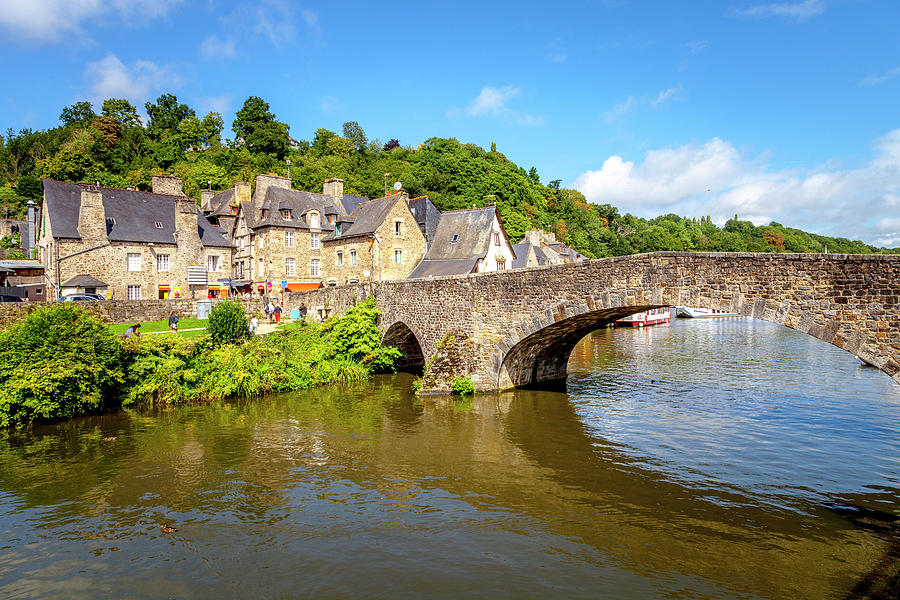 Le Vieux Pont (the Old Bridge) in Dinan, France, was built in the 13th century over an even older bridge (dating back to the foundation of Dinan, around 1100 AD). The great arch was rebuilt after the Second World War. This old bridge has retained only one of its original arches.