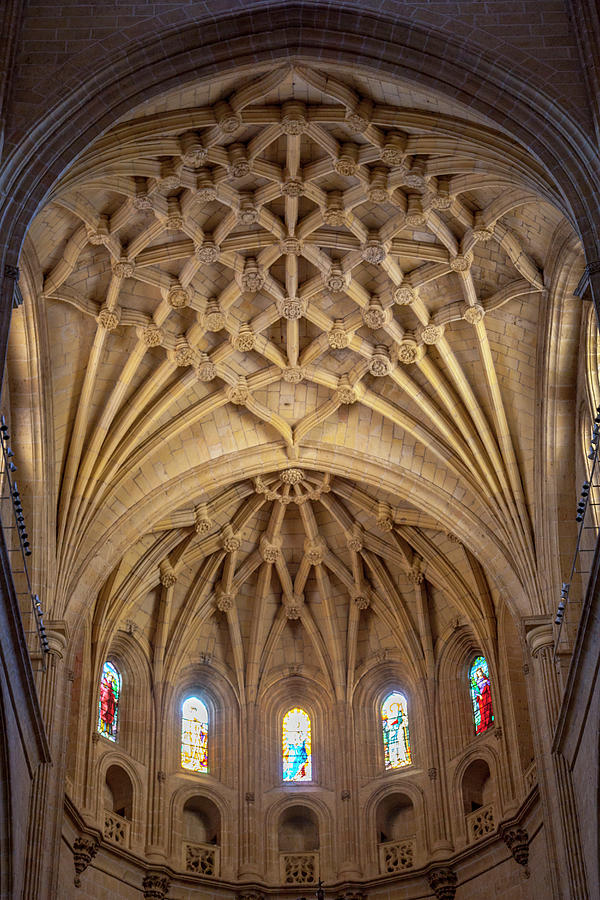 Fan Vaulting of the Segovia Cathedral

Fan Vaulting of the Segovia Cathedral

After Segovia’s old cathedral was destroyed in the Revolt of the Comuneros in 1520 a new one was constructed high in the former Jewish Quarter, some distance from the 16th-century Alcázar where it would be out of harm’s way.

Despite being built in the renaissance, this magnificent building was constructed in an old-fashioned gothic style and is considered one of Europe’s newest original gothic structures.

Segovia is a provincial capital in the autonomous community of Castile and León. It is the enchanting home of the famous Alcázar palace, the famous Segovia aqueduct, several Romanesque churches, and the cathedral.