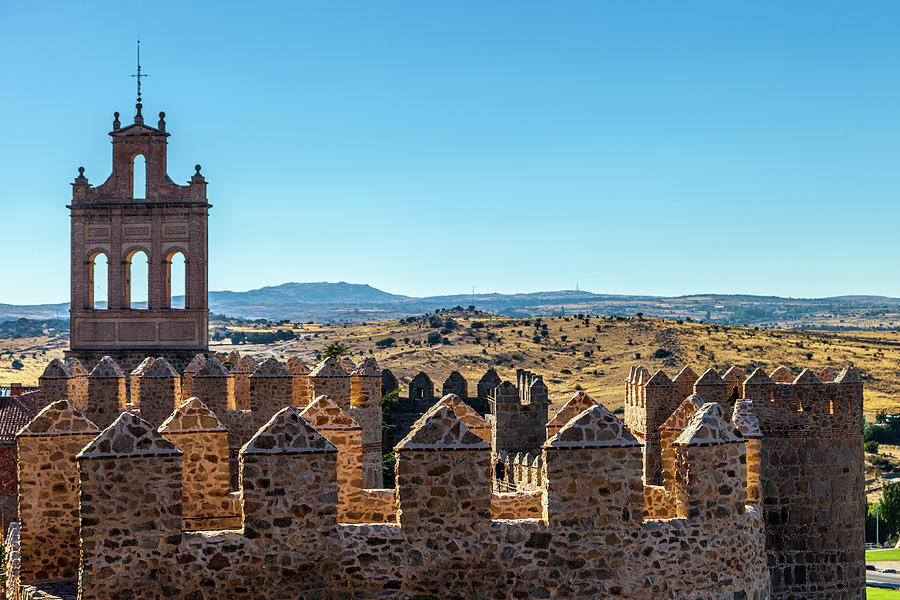 The crenellated fortifications of Ávila's imposing medieval city walls were well planned to defend the city. This image is near Plaza Concepción Arenal and the tower of the Puerta del Carmen, one of the main city gates. It is one of the best-preserved medieval bastions in Spain.