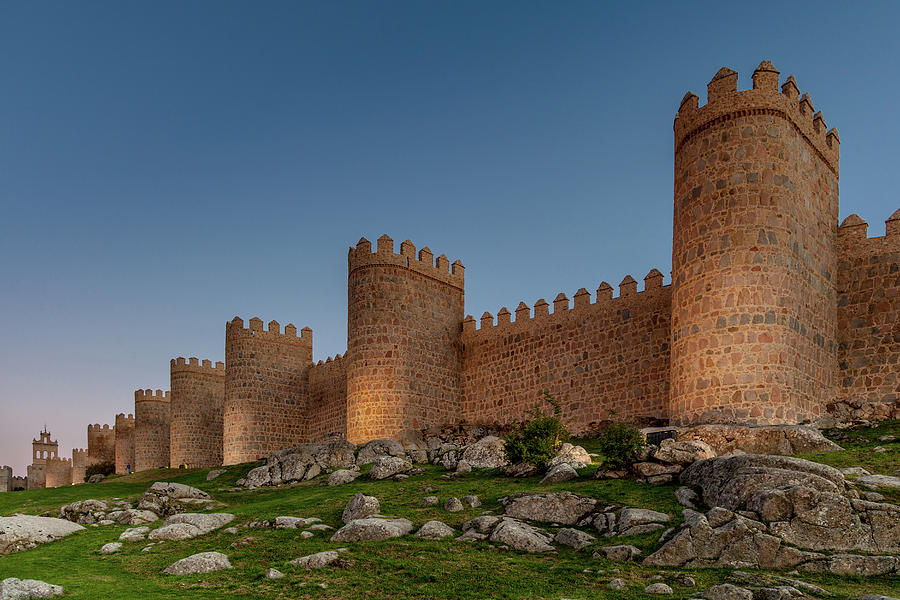 The Spanish city of Avila has been inhabited since before the 5th century BC; beginning as a small fortified town conquered by the Romans about 61 BC. After the fall of the Western Roman Empire, it was held by the Visigoths, then the Moors, and subjected to repeated attacks by northern Christian kingdoms.
Ávila's old city is surrounded by imposing medieval city walls begun in 1090. The massive structure encloses 31 hectares (77 acres) with a perimeter of 2.52 km (1.56 mi), with 88 semicircular towers, walls 3 m (9 ft 10 in) thick, an average height of 12 m (39 ft) and 9 gates. It is one of the best-preserved medieval bastions in Spain.
At night, when the walls are illuminated you'll think you've wandered into a fairy tale.

This is a beauty!

John, thank you for featuring my image 'Avila's Medieval Walls' on the 'Images That Excite You!' group. Your support is truly appreciated.