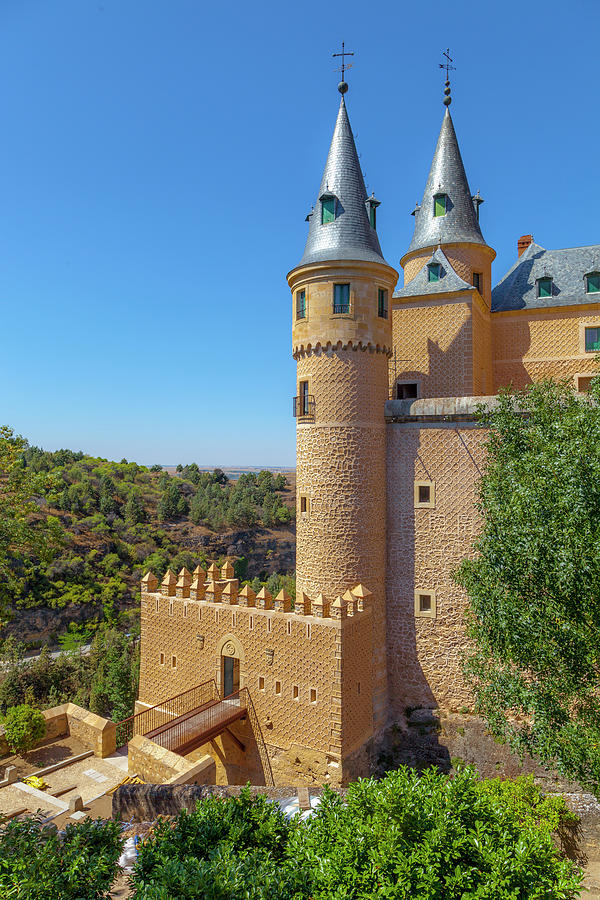 Since the Roman era this location has been used for military defense. The Alcazar of Segovia is thought to have been built on the foundation of Roman ruins between the 7th and 9th centuries during the Moorish rule.
It was first documented during the early Middle Ages, in 1122, shortly after King Alfonso VI reconquered Segovia. With the city reclaimed by the Christians, the Alcázar or “castle” became one of the favorite residences of the Spanish kings. Over the ensuing years, construction and renovation work shaped the fortress into a beautiful palace with the last architectural phase completed in 1587.
Segovia is a provincial capital in the autonomous community of Castile and León, Spain. It is the enchanting home of the Segovia Cathedral, the ancient Segovia aqueduct, several Romanesque churches, and of course, the famous Alcázar palace.